On this Easter Monday, when I had planned to be at rehearsal with the Georgetown Choral Society, I find myself instead at home in a freak April snowfall that has cowed us into cancelling. Because our restart in these ongoing latter (we hope) COVID days was only in mid-March, we have elected not to present a performance this spring, planning instead to turn our attention to future seasons. We hope these seasons will run differently for us than the three pandemic seasons: 2019-20’s abandoned season, 2020-21’s all-online season (our 50th anniversary), or 2021-22’s interrupted, restarted and now strangely ebbing season, melting away around us as soon tonight’s unexpected snow must also inevitably do.

Choral scene watchers like myself occasionally notice particular works taking on unexpected resonance and popularity… and in the COVID-defiant 2021-2022 season that work has been, in southern Ontario, Johannes Brahms’ Ein Deutsches Requiem, op.45, with recent past performances by the Toronto Mendelssohn Choir, Grand Philharmonic Choir (Kitchener) and Orpheus Choir of Toronto, and upcoming by the Ottawa Choral Society and Ottawa Classic Choir. I may well have missed performances here in Ontario, and we would quickly find others, especially beyond our province.

The Requiem Mass or ‘Mass for the Dead’, of which by one estimate some 2000 settings of all shapes, sixes, texts, languages and musical styles exist, is directed at a very particular cohort of humanity: those victim to, bereft by, or otherwise affected by the inevitability – and yet endlessly powerful and disruptive matter – of death. Based initially on the Roman Catholic tradition of celebrating Holy Communion to mark the death of individuals or groups, and most often still using traditional liturgical texts, one might assume them to be inherently Catholic, or at least inherently Christian.

One would in our time, however, be incorrect in that assumption, and a ground-breaking major choral setting of the late 1860s – the German Requiem of Johannes Brahms, is responsible. Brahms’ use of biblical texts makes it a sacred work, but not a liturgical (it was written for the concert hall, not a church service). ‘German’ in the title refers solely to the language of the text – Brahms told Carl Martin Reinthaler, director of music at the Bremen Cathedral at the time of the work’s premiere, that he would have gladly called the work “Ein menschliches Requiem” (A human Requiem). Brahms himself seemed to have little interest in or time for religion – yet, perhaps uncoincidentally, in 1865, the year of the death of his mother, he set out to create this monumental work – his largest in any form. Assembling the scriptural texts himself from the German Luther Bible, he flouted controversy and criticism by forgoing both the Latin language and all explicit references to Christian doctrine (that is, the salvation of souls in the sacrifice of Jesus Christ).

The resulting song of comfort, of sympathy for those who mourn and who struggle to hope amid despair, indeed, of triumph over the tyranny of death – broke the mold – and set the stage. In the decades that have followed Ein Deutsches Requiem‘s eventual rise to popularity despite the Church’s resistance, Requiems have continued to change, often still rooted in traditional liturgical texts, but gradually coming to reach much farther across the genre universe, freely to incorporate sacred and secular poetic texts, and nearly always to reside not within the rites of the Church, but in the secular choral/concert culture where it feeds a fundamentally spiritually-inclined public. Why does Ein Deutsches Requiem seem to be resonating with choirs, their Boards and Directors this season? It might surely be the millions lost (some of them choir members, supporters, concert-goers and their loved ones) to the virus and its variants, an army that knows no nationality, religion or ideology in its brutality and plunder of human life.

But I think there is something more. Many choirs, including the Georgetown Choral Society, have made conspicuous achievements during the COVID-19 pandemic, navigating obstacles, tackling new skills and technologies, recruiting new members who could be promised no rehearsals or performances beyond those that could be contrived on computer screens – even creating great, unusual works of beauty in the virtual and in-person performances they carried off against impressive odds.

Notwithstanding outstanding achievements, recovery for many of our choirs from the ravages of COVID-19 will take years: but we can be proud of our resilience and persistence. If any of us sings a proverbial Requiem for our departed choral seasons, for the members and supporters and general strength we have lost, let it be a Hopeful Requiem, and let us above all look to a blessed future, full once again of singing. 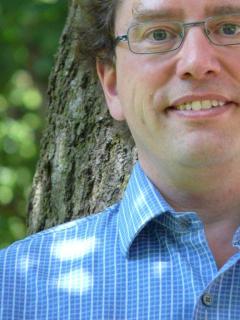